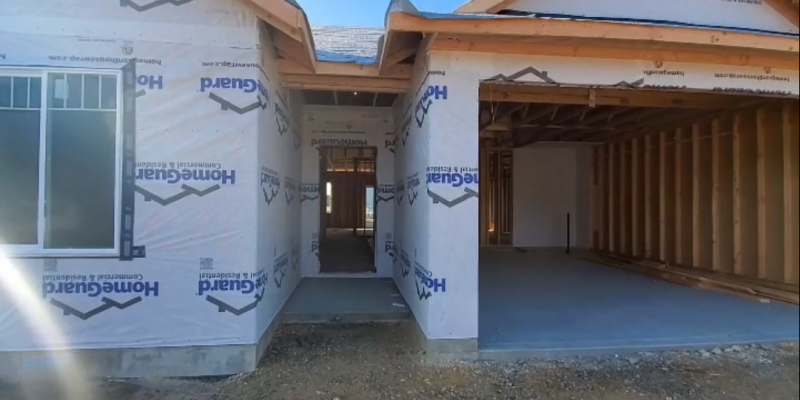 Check out our new video of the Eagle Hawk Duplexes project by clicking the link below! 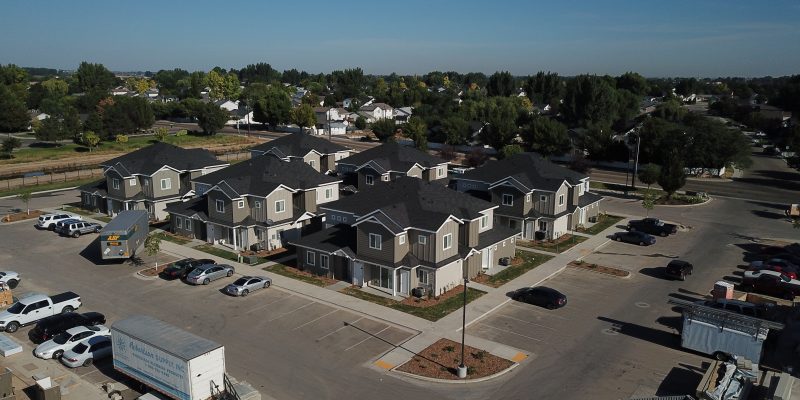 Things are coming along out at White Hawk! We’ve got the latest video update here!

White Hawk is in Nampa, Idaho and is a multi-family subdivision located on approximately
17 acres near local schools, and surrounded by single family home neighborhoods.

Adjacent parking, common areas and sidewalks will be included and units will
have private patios. 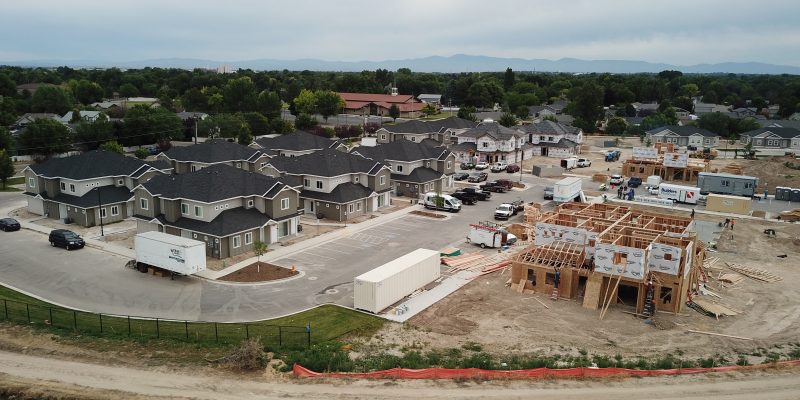 We’ve got some new footage to share with you out at our White Hawk project! Check it out!

White Hawk is in Nampa, Idaho and is a multi-family subdivision located on approximately
17 acres near local schools, and surrounded by single family home neighborhoods.

Adjacent parking, common areas and sidewalks will be included and units will
have private patios. 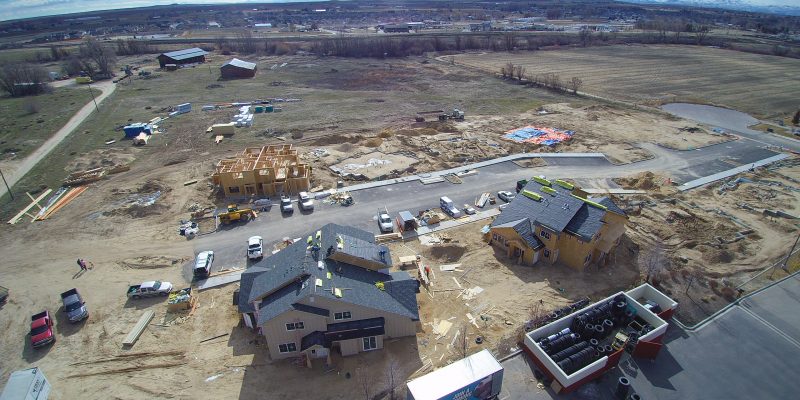 This is an excerpt of an article that was published on the Idaho Business Review website. It was written and posted by Kate Talerico with the Idaho Statesman. The original article can be found in the link above or by reading below:

A peculiar thing happened as newcomers fled to Boise’s suburbs seeking to escape urban cores filled with apartments: Those suburbs started getting apartments themselves.

Last year, just one of every five new multifamily units in the Treasure Valley was built in Boise, according to COMPASS, the regional planning agency. “Over the past five years we have seen more multifamily units permitted than ever before,” said Carl Miller, COMPASS’s principal planner.

In 2018, Meridian alone issued permits for 1,303 multifamily units — twice as many as Boise did. But lest you think the suburban apartment market is a balloon that may pop, developers say not to worry. The Treasure Valley has long had fewer apartments than average for areas its size, and no end to its population growth is in sight.

Rising rents keep attracting developers. Apartment List, a national listing service, says the median cost of a two-bedroom rental in the Boise area is now $910 per month, and an earner must make $18 an hour to afford it. Another service, Apartmentguide.com, pegs the two-bedroom median at $1,344 per month.

“Meridian is a self-sufficient community now, where it used to be a bedroom community, so you would expect to see a wider variety of housing options,” said David Turnbull, the president of Boise’s Brighton Corp. His firm scooped up hundreds of acres of land around Meridian and Boise during the Great Recession and has been developing them into housing ever since.

The recession and the runup in home prices since have kept many millennials and others out of homeownership and in rentals. From 1993 to 2007, the number of renters in the U.S. hovered around 35 million, according to the Pew Research Center. But from 2007 to 2016, that number grew by more than 8 million as the number of homeowners stayed steady.

While the latest Census data suggests that the decade-long decline in homeownership rates may be reversing, developers don’t see the demand for multifamily housing falling in Boise’s suburbs anytime soon.

As suburban populations grow and they recruit more employers, apartments follow. “People want to live closer to where their jobs are,” Turnbull said.

Listen to developers talk about what their customers want in these new apartments and they’ll assemble roughly the same list of amenities: within walking distance to retail, easy access to public transportation and close to their jobs — in a sense, a small urban enclave within the suburbs.

To call them urban, though, might be a stretch for Boiseans. Apartments under construction in Meridian in 2013. File photo.

Suburban apartment developers face the challenge of creating density and walkability from scratch. The apartments are islands in seas of parking lots. Walking distance to retail might mean having to cross a busy thoroughfare.

But the rentals appeal to millennials who are tempted by city life but can’t afford to live Downtown. And in the suburbs, you’ll find few studio apartments. Instead, the one-, two- and three-bedroom units are meant to appeal to young families or retirees looking to downsize.

With cheaper land prices than in Boise, developers can afford to build bigger. The Prelude at Paramount, a North Meridian complex built by Eagle’s Pacific Cos., comes with a 24-hour fitness center and bike repair shop. Residents at an apartment Pacific Cos. is building in Eagle will have access to a private yoga studio. Brighton is adding dog-washing stations to its newest apartments. Clubhouses, pools and playgrounds are practically a guarantee.

Developers such as Dean Martin, president of the market-rate residential division at Pacific Cos., and Brighton pamper their suburban renters in other ways. Both have added smart-home technology that lets users unlock their doors or adjust their heat from afar via apps.

While many view the suburbs as an affordable alternative to city life, many of the new apartments aren’t necessarily any cheaper than what a renter might find in Boise. Most new units constructed are labeled “luxury apartments” — a term Daniel Turnbull admits doesn’t actually mean much, except that the apartments rent at market rate.

According to a report from real estate investment firm Colliers International, the average per-square-foot rent was actually more in both Meridian and Eagle than in Boise overall, though less than in Downtown Boise. Two-bedroom apartments average $1,004 per month in Boise, $1,028 in Meridian and $1,079 in Eagle, the report says. (Kuna’s are still cheaper at $875.)

The rapid growth in apartments is challenging the dominance of the single-family home in Meridian. Not all residents want that.

Plans for high-density housing have drawn fierce opposition from neighbors, many of whom fear the apartments will increase traffic and crime and lead to overcrowded schools. Even when city zoning codes allow for multifamily, neighbors have raised concerns that apartments don’t fit into the character of their neighborhoods. The Regency at River Valley apartment complex in Meridian. Photo by Pete Grady.

Until last fall, Jamie Turner was one of those residents. She was living in a 3,000-square-foot house in northwest Meridian and was unhappy to learn that a 280-unit apartment complex, the Prelude at Paramount, would be built down the street.

Now she lives there.

“I didn’t realize all the amenities that came with the apartment complex,” she said. “It changed my mind when I went to the property and viewed it myself.”

In November, she downsized to a 1,300-square-foot, three-bedroom apartment. She is paying the same in rent as she did for her mortgage: $1,700. But as a working mother, she said it’s worth it not to have to worry about the responsibilities of homeownership, such as making repairs.

But the biggest factor in her move was this: “I needed to be in this area for the school.”

At her house, Turner had to seek permission to enroll her children, ages 10 and 13, at Paramount Elementary and Heritage Middle schools when the school borders changed. Now she has a five-minute walk to each school. “By moving into the apartments right now, I guaranteed my kids that spot,” she said.

Turner has told herself that she wants to own a home again, but she admits to enjoying apartment living as she waits for the market to cool down. “Now I’m not sure if I ever want to move,” she said.

Some developers hope that by diversifying their portfolios from single-family homes, they’ll be able to retain customers like Turner who later decide to buy.

Troy Behunin, a city planner for Kuna, has noted developers including more multifamily units alongside single family homes in planned communities so that people can stay in the same community throughout every phase of life. Kuna, with 85 percent of its population under age 54, wants to make sure that it has a variety of housing options, Economic Development Director Lisa Holland said.

With rents trending upward and vacancy levels low, many out-of-state investors are looking to get in on the Boise area’s hot market.

Daniel Turnbull notes that some investors from around the western U.S. see the lower-cost Treasure Valley as a natural choice because they won’t be competing with as many others.

Taylor Grange, a Boise portfolio manager for property manager HomeRiver, helps investors decide what types of complexes to build. She’s steering them toward four-plex townhouses. “It’s good for investors because they can be sold off individually,” she said. “If something happened to the housing market, it might be harder to find a buyer for a 200-unit complex.”

But Grange doesn’t expect the rental market to bottom out anytime soon. Meridian could reach saturation for apartment housing in the next few years, she said, but then the growth trend will just move farther out from Boise, into Canyon County.

“Right now we’re seeing 100 percent absorption of all the products coming onto the market,” she said. 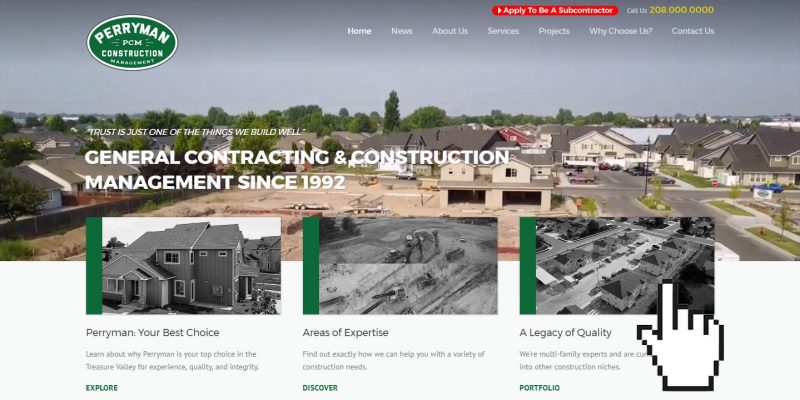